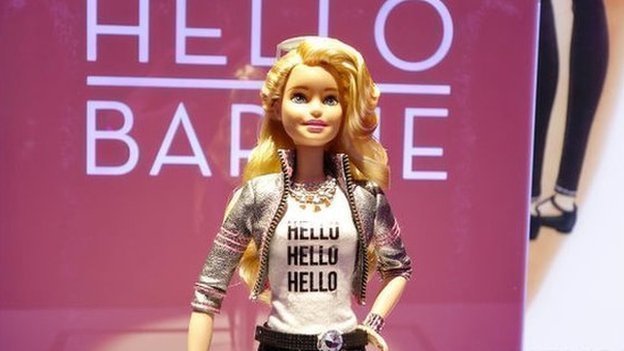 “I want strangers spying on and talking to little girls.”

If you agree with the above, there’s no need for concern. If you do not, then know that Mattel has announced “Hello Barbie.” The doll has a transmitter to pick up whatever a child or anyone near the doll says, then send that out. Someone–or a computer–listens in, analyzes it, then sends a response. They plan to release the doll in a few months.

Is this primarily being used for marketing? To prevent children from creating their own responses and from using their developing imaginations? Or is it for some other purpose?

According to Mattel, parents will have to sign a waiver to allow their child’s voice to be recorded. But what happens if that child has friends whose parents did not agree? What happens if those parents have friends who don’t know they’re being recorded? To sign a petition against this doll’s release, go here.

If you don’t believe such a bizarre idea could be true, see this.

This entry was posted in Education and Learning, Media and News, Science and Technology and tagged barbie, girls, petition, toys. Bookmark the permalink.