Donald Trump for President NOT 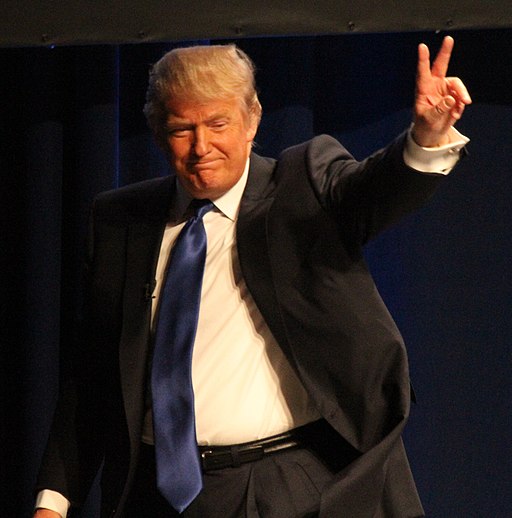 “It’s great to be at Trump Tower. It’s great to be in a wonderful city, New York. And it’s an honor to have everybody here. This is beyond anybody’s expectations.” — Donald Trump, June 15, 2015

What was beyond most of our expectations was that Donald Trump would run for president of the United States.

But why not? The odds stacked against him won’t stop him. He even tried and failed to get “You’re Fired!” trademarked.  (Let that sink in–trademarking “you’re fired”–and see more odd trademark attempts here).

Well, the reality show where he used that catch phrase is on hiatus (translation: the network doesn’t want to actually say it cancelled the show in case something extraordinary happens that could bring it back–like, say, its star running for president?)

I heard an opinion on NPR (sorry; I didn’t catch the name) who said this is a win-win situation for Trump.  If he wins the presidency, he wins. If he doesn’t win, he get the publicity he craves so he still wins.

Unless American politics has gone completely hair wire, Donald Trump has about as much chance of getting the Republican nomination for President of the United States as I do.  Hmm….

Hear Donald Trump announce his candidacy for President of the United States here.

An opinion of an individual member of The Loveshade Family does not necessarily reflect that of the whole family.

Alden is a philosopher, personist, writer, playwright, screenwriter, director, actor, poet, photographer, dumbek drummer, roleplayer, and educator. Worked for others and freelance as a journalist, investigator, columnist, reviewer, teacher, animal caregiver, photographer, and dishwasher. Claims e doesn’t care about money, but always needs more. Recognized by Phi Theta Kappa, Golden Key International Honor Society, the U. S. Jaycees, and groups of like ilk. They don’t necessarily like em, but they recognize em. Graduated summa cum laude from some university that apparently figured the best way to get rid of em was to graduate em. Alden has worked with Emmy, Oscar, Tony, and Pulitzer Prize Nominees and Winners but they never shared their awards! Alden has dual citizenship in the Principality of Sealand and the United States of America. His official title for Sealand is Lord Alden Loveshade. E thinks that makes em sound impressive.
View all posts by Alden Loveshade →
This entry was posted in Media and News, Politics and War and tagged america, Donald Trump, government, political ads, politics. Bookmark the permalink.

13 Responses to Donald Trump for President NOT