The Second Amendment is Dead 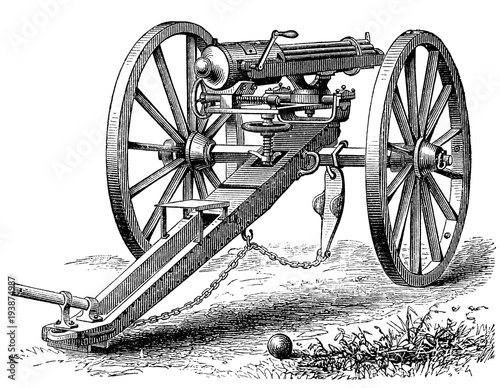 The Second Amendment to the United States Constitution, born 226 years ago today, is dead.  Defunct.  And it has been dead for a long time.

Many of you will say it’s not dead.  It’s never been revoked, it’s still in the Constitution, and it’s still the law.  And I would agree.  But as it existed originally, and from a practical point of view, it’s deceased.

To throw off a hostile government, and to provide guards for the future, means having and using arms.  The right to bear arms goes back much further, back 100 years to the English Bill of Rights of 1689.  And in the 21st century in District of Columbia v. Heller (2008), the Supreme Court proclaimed the right to bear arms was “clearly an individual right, having nothing whatsoever to do with service in the militia.”

While the nation’s founders did not state a constitutional right of the people to “throw off such Government” once they founded a government, they did continue the tradition of giving people, including individuals, the right to bear arms.  In 1791, the Second Amendment passed which says, “A well regulated militia being necessary to the security of a free State, the right of the People to keep and bear arms shall not be infringed.”

So why do I say the Second Amendment is dead?  At its acceptance, and by the traditions that preceded it, it gave people the right to bear arms against a government.  From a practical point of view, that means people having arms that could be used to defeat a nation.

In 1791, this was entirely practical.  A person of relatively modest means could buy a Kentucky long rifle, then arguably the most effective weapon in existence.  (I’ll leave it to munitions experts to debate on whether a field gun or something else was most effective, but in any case, a person could buy one).  For something larger, you and your associates could buy and use a real, deadly cannon like members of private groups, including the Ancient and Honorable Artillery Company of Massachusetts, used.

But things have changed, radically.  There was the Civil War’s Gatling gun, which was nearly an automatic weapon; and the 1880s Maxim gun, which was.  These weapons were not readily available, and were very expensive.  The Second Amendment, in its original meaning as interpreted through the Declaration of Independence, was dying.

In today’s world, it’s all over.  None of us can go to our local gun shop and pick up an arsenal of thermonuclear weapons.  And you can’t go to Walmart to get yourself a nuclear submarine and an armed aircraft carrier.  They’re too expensive, and too illegal.  That’s what someone in the modern world would realistically need to “throw off such Government.”  Thus, by its original meaning, the Second Amendment is dead.

An opinion of an individual member of The Loveshade Family does not necessarily reflect the views of the whole family.

Alden is a philosopher, personist, writer, playwright, screenwriter, director, actor, poet, photographer, dumbek drummer, roleplayer, and educator. Worked for others and freelance as a journalist, investigator, columnist, reviewer, teacher, animal caregiver, photographer, and dishwasher. Claims e doesn’t care about money, but always needs more. Recognized by Phi Theta Kappa, Golden Key International Honor Society, the U. S. Jaycees, and groups of like ilk. They don’t necessarily like em, but they recognize em. Graduated summa cum laude from some university that apparently figured the best way to get rid of em was to graduate em. Alden has worked with Emmy, Oscar, Tony, and Pulitzer Prize Nominees and Winners but they never shared their awards! Alden has dual citizenship in the Principality of Sealand and the United States of America. His official title for Sealand is Lord Alden Loveshade. E thinks that makes em sound impressive.
View all posts by Alden Loveshade →
This entry was posted in Crime and Punishment, Education and Learning, Politics and War, Uncategorized and tagged declaration of independence, gatling gun, kentucky long rifle, maxim gun, second amendment, u s constitution. Bookmark the permalink.

12 Responses to The Second Amendment is Dead