No Executions in California 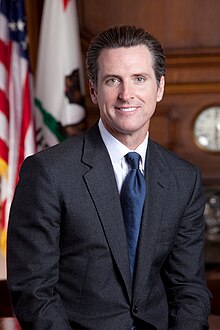 This is from the ACLU:

Governor Gavin Newsom just made history: this morning, he announced that California will not carry out executions on his watch. This announcement marks a watershed moment in the fight for racial equity and equal justice for all.

For far too long, California has propped up a costly, flawed death penalty system that is racially biased and puts the lives of innocent people at risk.

Just last April, Vicente Benavides of Kern County was freed after spending 25 years on death row in California for a crime he did not commit. His conviction was based on false medical testimony by doctors who recanted many years later. We don’t know how many more innocent people are still on death row.

Write a thank you message to the governor for his leadership.

California’s death penalty is racially biased and broken beyond repair. Today’s announcement is a historic step to ensure that our state’s justice system is fair, racially equitable, and truly just!

No threat to copyright is intended by this posting of this email sent to many; this is intended to spread the word.

12 Responses to No Executions in California